Under § 457(b), state and local governments and tax-exempt entities may establish and maintain “eligible deferred compensation plans” for the benefit of their employees. These 457(b) plans may be maintained in addition to 401(a), 403(a) and 403(b) plans. They must, however, satisfy certain conditions, including an annual limit on the amount that may be deferred by each participant. If the conditions are satisfied, amounts deferred under the plans are not includible in income until they are paid to the participant. Generally, if a deferred compensation plan maintained by a governmental or tax-exempt entity is not a 401(a), 403(a) or 403(b) plan and does not satisfy the conditions of § 457(b), it is considered a 457(f) plan under which deferred amounts will be includible in income in the first year in which no substantial risk of forfeiture exists, regardless of when such amounts are actually distributed to the participant. For these purposes, a substantial risk of forfeiture exists so long as rights to compensation are conditioned upon the future performance of substantial services by any individual.

A deferred compensation plan maintained by a tax-exempt organization is considered “grandfathered” to the extent that deferrals under that plan were fixed pursuant to a written document on August 16, 1986. For this purpose, a deferral was considered fixed on that date if the deferral was then determinable under the written terms of the plan as a (i) fixed dollar amount, (ii) a fixed percentage of a fixed base amount (e.g., amount of regular salary, commissions, bonus or total compensation), or (iii) an amount to be determined under a fixed formula. Additionally, even if the plan, by its terms, did not contain a fixed deferral amount on August 16, 1986, the deferrals continue to be treated as though they were fixed if the deferral formula was not changed after August 16, 1986. Provided the deferred compensation plan remained grandfathered, all deferrals made pursuant to the formula in existence on August 16,
1986, even if made in subsequent tax years, remain exempt from § 457.

A plan, however, will lose its grandfathered status and will be subject to § 457(b) (or 457(f) if the conditions of 457(b) are not satisfied) as of the effective date of any modification to the plan that directly or indirectly alters the (i) fixed dollar amount, (ii) the fixed percentage or (iii) the fixed base amount to which the percentage is applied or the fixed formula.

Because these grandfathered plans do not fall within any exceptions under § 409A, they (unlike 457(b) plans) are subject to the requirements of that section. It appears that in this instance the employer is amending the plan to ensure that its terms are in compliance with § 409A, particularly with regard to the timing of payments and the participant’s right to change the time or form of payment. Without expressing any opinion regarding § 409A, the Service ruled that the proposed amendments would not affect the grandfathered status of the plans in question.

This ruling is the first in this area in over twelve years and was probably triggered by the Treasury regulations and guidance existing under § 409A. For an example of a ruling issued in 1992 on this subject, see our Bulletin No. 92-61. Although PLRs cannot be used or cited as precedent, PLR 201117001 provides employers of grandfathered deferred compensations plans with some comfort that amendments to such a plan to comply with the § 409A time and form of payment requirements will likely not cause the plan to be subject to the current requirements of § 457.

Any AALU member who wishes to obtain a copy of PLR 201117001 may do so through the following means: (1) use hyperlink above next to “Major References,” (2) log onto the AALU website at http://www.aalu.org/ and enter the Member Portal with your last name and birth date and select Current Washington Report for linkage to source material or (3) email Anthony Raglani at raglani@aalu.org and include a reference to this Washington Report.

In order to comply with requirements imposed by the IRS which may apply to the
Washington Report as distributed or as re-circulated by our members, please be
advised of the following:

THE ABOVE ADVICE WAS NOT INTENDED OR WRITTEN TO BE
USED, AND IT CANNOT BE USED, BY YOU FOR THE PURPOSES OF
AVOIDING ANY PENALTY THAT MAY BE IMPOSED BY THE
INTERNAL REVENUE SERVICE.

In the event that this Washington Report is also considered to be a “marketed
opinion” within the meaning of the IRS guidance, then, as required by the IRS,
please be further advised of the following:

THE ABOVE ADVICE WAS NOT WRITTEN TO SUPPORT THE
PROMOTIONS OR MARKETING OF THE TRANSACTIONS OR
MATTERS ADDRESSED BY THE WRITTEN ADVICE, AND, BASED ON
THE PARTICULAR CIRCUMSTANCES, YOU SHOULD SEEK ADVICE
FROM AN INDEPENDENT TAX ADVISOR. 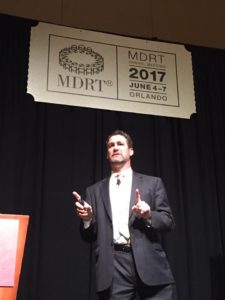